I Will Speak Up for My Sister!

Right from my childhood, I was led to believe that I was a outspoken and argumentative little girl. I was instructed many times to learn to behave like other girls who focused on studying and taking care of the household. But I was busy being myself, wondering why things were as they were. As a little girl I would wonder if I was being treated equally as my brother. If not, why? If I was expected to cook 'roti', Indian bread, and my brother was not, I would fight and sulk. My innocent mind, without reading Paulo Friere or the Universal Declaration of Human Rights, aspired for equality.

Teenage followed by that childhood wasn't easy either. I remained within the social order but every now and then broke the unwritten rules. I often cut my hair short, dressed like boys. I loved to wear my father's and brother's clothes, loved to ride my brother's bike and hung out with boys. I remember assisting older boys in flying kites on the roof and helping younger boys to sneak in the swimming pool during 'family time' pretending to be their sister (in Delhi, at the time, a boy couldn't swim with other girls if he didn't come with a female family member). I loved hanging out with boys because they just seemed freer and carefree. They had my kinda gender!

By the time I was an adult, I continued to my efforts to take control of my life. One of the big ones was to get married to someone I liked, in spite of the 'arranged marriage' culture in India. And I did, married a guy I liked and failed miserably. The marriage didn't work because I had made a bad choice and moreover, I was set up to fail. I was mostly ostracized by my side of the family. How was I supposed to succeed in a task that I was doing for the first time with no support and guidance? After struggling for over 5 years, I moved out and moved forward! People were quick to blame me. Some were just happy because I had fallen flat on my behind and failed. There were only a handful who truly supported me and I will be eternally grateful to/for them. They stood by me no matter what! If not for those people, I would not have been able to continue my journey towards a freer life. They were just there to support me even if it was in private. It wasn't about money, it was about the emotional support and the validation I needed desperately. And it wasn't all women, there were men too. In addition to God and my inner strength, I owe my survival to them!

Now, I want to be 'them' in other women's lives, women who are on their way to freedom and independence just as I am! I want to support those women who are tired of walking alone or have gotten weak because of frequent fights in their lives. I want to stand up for women who are standing up for their cause. I want to tell them you are precious, your opinion is valued and you will survive this. Not that I want to exclusively help women, if I can, I will help others too. However, I do want to speak up for my sisters and I want to urge all my sisters around the world to speak for our other sisters. For thousands of years, we have tolerated, we have suffered, we have ached alone and have watched each other being violated by others and have kept quiet. There were times when we even sided by the perpetrator. Not anymore!

When we see a woman being bashed by people on social media, stand up for her. Don't ignore her plight because you hate her husband like in Melania Trump's case. Don't keep quiet because she happens to be your competition in the office. It is okay to like or dislike a fellow woman. It is ok to provide constructive feedback to a sister in private or within a trusted circle is cool too. But if we see one being bullied, let us take a stand for her. Today it might be her but tomorrow it could be you or me. The written history, our physicality, our religions, the social norms, cultural practices and our goodness have made us the weaker gender but when we focus on our inner strength and come together to take collective action, we are simply unbeatable! Let's fight for equality and dignity for all with love! 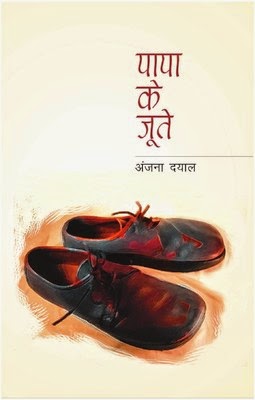